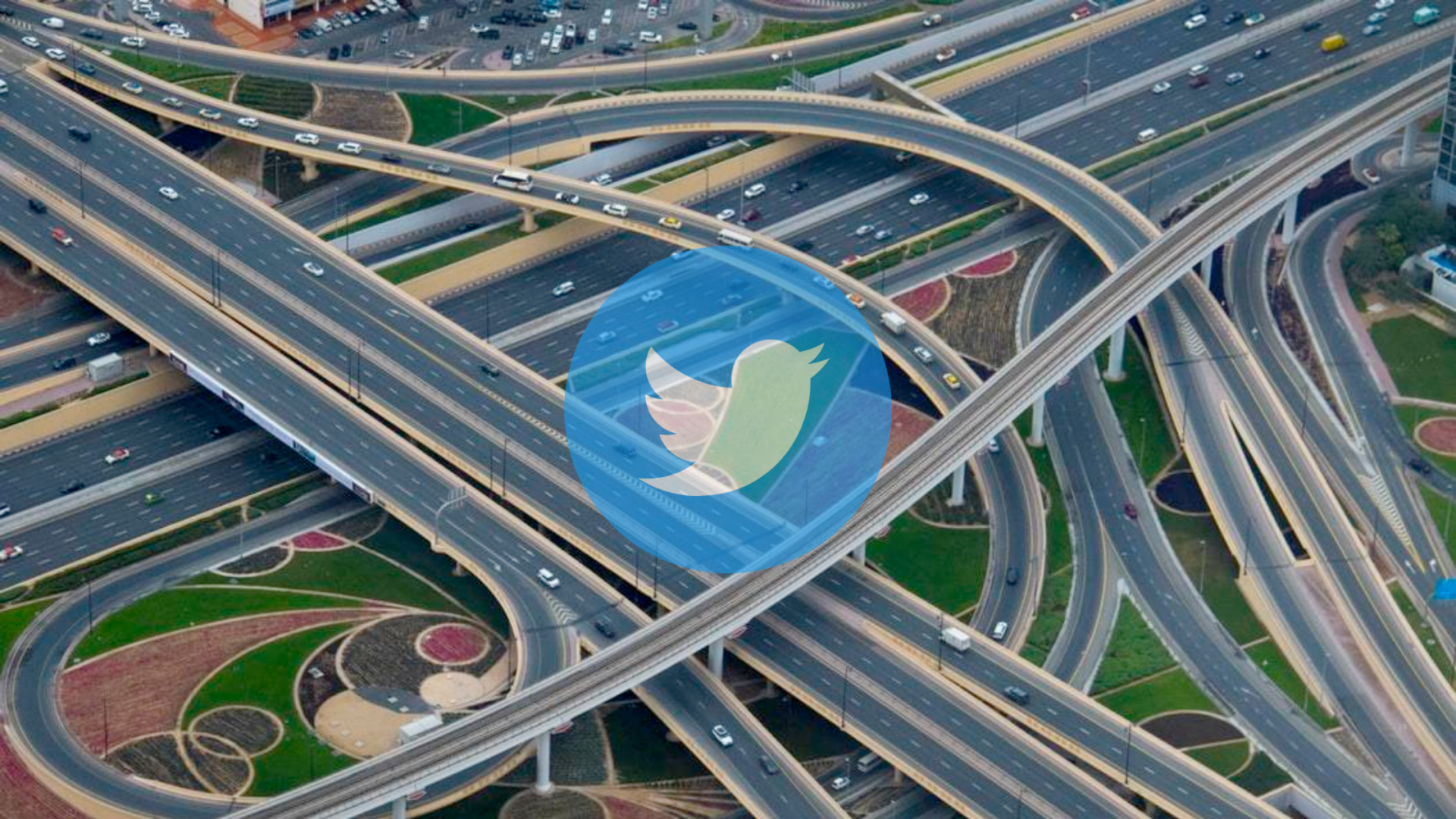 By now, the entire world knows that Elon Musk wants to buy Twitter. During his first interview after making his intention known, Elon made it clear that he wants to open source Twitter’s algorithm. This announcement was met with a long, thunderous applause.

There’s no doubt that if Twitter’s algorithm was open sourced, it would bring some much needed transparency to the opaque social media platform, which would be a leap of progress for humanity. The idea of open sourcing algorithms, though, is not a new idea. Many people have been advocating it for years. In this very newsletter, I’ve advocated for it in the context of both TikTok and Facebook.

However, this idea has not been implemented widely, because it is often framed as a magnanimous decision that may be good for humanity, but is bad for business. I think this is a false tradeoff built on faulty logic.

Open sourcing Twitter is actually good for humanity and good for business – a rare case where you can have your cake and eat it too!

Algorithm is Not the MoneymakerThe algorithms that power a social media platform are often regarded as its “secret sauce”. This secrecy is misplaced, because the algorithms themselves are not the moneymaker.

Here’s a non-technical, plain-language explanation of why these algorithms’ value is misunderstood and often inflated. The algorithms that power an ad-driven social media platform is akin to maps. Their goal is to:

Route the right ads to the right users, so these users will do something that the advertisers who paid for the ads care aboutIf the algorithmic route is successful, the advertisers are happy, Twitter generates revenue, and Twitter can try to charge a higher ad rate from these advertisers to make more moneyIf the algorithmic route fails, it quickly evolves (sometimes with human intervention, sometimes automatically) by changing the routes, so the next time an ad comes through, the algorithm can do a better job of routing, otherwise Twitter will lose this advertiser as a customerThe algorithms are the “rules of the road” that layout all the routes. However, these routes are inherently not that valuable and not the “secret sauce” to building an ad-driven social media business like Twitter. Most AI frameworks are already open sourced (e.g. Tensorflow, PyTorch, Keras, etc.). Most of the mathematical equations that underpin these frameworks are published in academic journals, open to anyone who can understand them to implement, verify, and backtest. Twitter’s algorithms are likely built from these free, open components.

What is valuable is the user-generated content (i.e. tweets) and the data that gets attached to that content (i.e. who viewed, liked, retweeted, replied, etc.).

“Liked” a Vitalik tweet about Ethereum? Route an ad about a web3 conference to this user. User registered for the conference. Success! Retweeted a tweet about Tesla by Cathie Wood? Route an ad about the new Prius paid by Toyota to that user. User ignores the ad (probably wants a pure EV, not a hybrid). Fail! Update route to send a different ad about a pure EV paid by Nio. User clicked on it. Success! You get the picture.

This data produces the signals that these algorithms need to do the routing and improve its routes over time, so it can get better at routing future ads.

An algorithm without data is like a highway system without cars – cool-looking but useless.

Due Process for Tweeters and HumanityThere was a telling moment in Elon’s interview where the interviewer, Chris Anderson, compared two tweets he wrote on the same day to promote the interview – one was generic, one tagged Elon’s handle. The one with Elon’s handle had 100-times more likes and engagement than the generic tweet. Both Elon and Chris were dumbfounded by the difference.

Most of the discussions around Elon’s bid to buy Twitter center on our freedom of speech – as in people’s right to speak their minds in this proverbial “town square”. What’s less discussed, but equally important, is whether we can ensure that different pieces of speech can be equally heard, and why one piece of speech (Chris’s second tweet) is louder than another (Chris’s first tweet). It’s not a “right to a freedom” question; it’s a “due process” question.

The most thoughtful tech CEO on the topic of due process and technology is Matthew Prince, the CEO of Cloudflare. When Cloudflare terminated service for the right-wing Website in 2017, an early version of “de-platforming”, here is how Prince explained the decision, drawing an important distinction between freedom of speech and due process:

“The issue of who can and cannot be online has often been associated with Freedom of Speech. We think the more important principle is Due Process. I, personally, believe in strong Freedom of Speech protections, but I also acknowledge that it is a very American idea that is not shared globally. On the other hand, the concept of Due Process is close to universal. At its most basic, Due Process means that you should be able to know the rules a system will follow if you participate in that system.Due Process requires that decisions be public and not arbitrary. It’s why we’ve always said that our policy is to follow the guidance of the law in the jurisdictions in which we operate. Law enforcement, legislators, and courts have the political legitimacy and predictability to make decisions on what content should be restricted. Companies should not.” [Bold emphasis mine]Open sourcing Twitter’s algorithms meets the due process requirements, because the “rules of the road” are now public. And if these rules are indeed arbitrary, where certain powerful people within Twitter are putting their thumbs on the scale in favor of some people’s speech over others, we now have proof! This proof can then be used to provide evidence to improve AI regulations (which Elon is in favor of), and improve the UX for everyone exercising their freedom of speech on Twitter (which is good for all tweeters).

All this can happen without hurting Twitter business. It can even strengthen the business, as the platform becomes more transparent and trustworthy, thus attracting more users, more tweets, and more advertisers. Open source itself is not a business model. But open source projects have been the foundation of many innovative business models – open core, cloud SaaS, enterprise services – that have powered many multi-billion dollar businesses, like MongoDB, Elastic, GitLab, Hashicorp, to name a few. There is no reason why Twitter cannot become the next big “open source” company.

As a company, Twitter has been contributing to open source for many years, has a dedicated open source team, and maintains an active presence on GitHub. It already has the domain expertise to open source its algorithms and to do it well. The only thing that’s lacking is leadership and a clear understanding of its algorithms’ lack of business value.

An Age of Trust, Not Just ConvenienceIn 2013, Ev Williams, one of the founders and ex-CEO’s of Twitter, shared a profound insight that the Internet was just about enabling convenience. Nothing more. That insight fueled the rise of his first startup, Blogger, then Twitter. That insight of maximizing convenience for people to do what they’ve always done for millennia – express themselves, find information, create memes, seek entertainment, troll other people – is at the heart of every mainstream social media platform.

While the need for convenience has not changed, what I believe has changed is a stronger demand for trust. People want to be on a platform that has stronger due process that they can trust more, so they can continue to express themselves, find information, create memes, seek entertainment, and troll other people.

Open sourcing its algorithms can help Twitter build that trust overnight. Only a tiny percentage of Twitter users will regularly go into the codebase to scrutinize the latest changes, but the fact that they can whenever they want to is all that matters.

As fiduciaries of Twitter’s shareholders, the Twitter board should like the idea of open sourcing its algorithms, because it will be good for Twitter’s brand, public trust, and business growth. Having Elon’s ownership catalyze this industry-shifting change should be a welcoming prospect. Instead, it adopted a “poison pill” to prevent Elon from acquiring the company.

Elon has hinted in his interview that if his bid to buy Twitter fails, he has a Plan B. That plan may, in fact, be building an open source alternative to Twitter. And he will take all the Twitter users, who trust him more than Twitter, away.