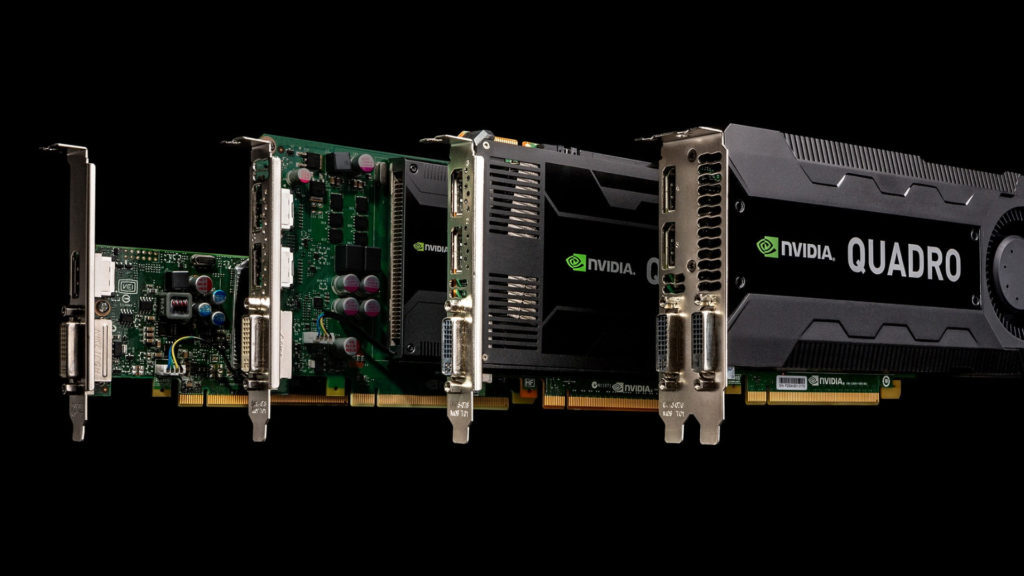 First Of All, What Is VRAM?

All types of VRAM are special arrangements of dynamic RAM (DRAM). VRAM is a buffer between the computer processor and the display, and is often called the frame buffer. When images are to be sent to the display, they are first read by the processor as data from some form of main (non-video) RAM and then written to VRAM.

From VRAM (the frame buffer), the data is sent as a digital signal via a DVI or HDMI port to a modern, flat-screen LED display. If the display is an older cathode ray tube model — or if the modern display is connected by an older VGA connector to the video card — the video signal is first converted by a RAMDAC into analog signals that are sent to the display.

Previous high-performance forms of VRAM were dual-ported, which means that while the processor is writing a new image to VRAM, the display is reading from VRAM to refresh its current display content. The dual-port design was the main difference between system RAM and VRAM in the 1980s and into the 1990s.

Types of VRAM include:

Modern graphics cards use a version of SGRAM called GDDR5. As the name implies, GDDR5 is double data rate RAM, like the DDR4 used as system RAM in modern computers.

The only significant difference these days between VRAM and system RAM is the speed (DDR5 vs. DDR4 or lower) and the ability to mimic dual-port functionality common in older forms of specialized VRAM.

VRAM is most important in applications that display complex image textures or render polygon-based 3D structures. The most common of these applications are video games or 3D graphic design programs.

For applications that rely on complex data processing functions, the amount of VRAM on a system’s graphics card is not nearly as important as the amount of system RAM. A modern business workstation can easily get by without a graphics card, often using a chip on the motherboard that shares system RAM for video display.

Currently, it’s possible to buy video cards based on NVIDIA’s Titan X technology with 12 GB of GDDR5 VRAM, which can run video games at 4K resolution, at frame rates up to 60 frames per second.

Importance of VRAM for gaming

In terms of gaming, VRAM plays a key role in performance, such as loading times and image quality. Certain levels of VRAM are necessary for games to run at different resolutions. For example, rendering a game at 1080p resolution is different than rendering a game at 4K resolution, which requires more graphics memory. More VRAM is needed to successfully render an image with a high resolution or the textures and images a user is attempting to render can overload the VRAM and cause the GPU to flood data onto the RAM. And that can cause a drop in performance.

Today, 4 GB of VRAM is more than enough for 1080p gaming. However, users gaming in QHD and UHD resolutions should opt for 8 GB.

Frederick Dill, Daniel Ling and Richard Matick invented VRAM at the IBM Research Center in 1980 and it was patented five years later. In 1986, the first commercial video memory was used in a high-resolution graphics adapter for IBM’s RT PC system.

The amount of RAM featured on a certain GPU is typically the first spec listed when naming the card – 4GB AMD Radeon RX 480, 8GB AMD Radeon RX 480 for example – but what does video RAM (or vRAM) actually do? Is a card with 8GB of vRAM twice as powerful as one with 4GB? Does vRAM have real world applications to gaming? Workstation renderings?

Basically, the more vRAM a card has, the more complex textures or 3D meshes it can load. The higher the resolution of the image you’re attempting to render, the more vRAM required. If the texture and images you’re attempting to run overload your GPU’s vRAM, the overflow goes to system RAM, significantly impacting performance in a negative way. Basically, the video will still render, but frame rates will take a plunge. For this reason, higher vRAM is ESSENTIAL to high-level 4K gaming.

So twice the vRAM means twice the performance, right? Not exactly. While more vRAM is better than less, you will not see a direct performance boost from the additional spec unless you are already maxing out the vRAM that’s available, usually from gaming at high resolutions with the visual options like anti-aliasing, FXAA, and texture quality turned up. If you game at moderate resolutions without the eye candy anyway, more vRAM will most likely not translate to better frame rates for you.

In a similar way that vRAM positively impacts gaming performance, so it also does with workstation applications. More vRAM means the GPU can hold and ultimately render more complex images and textures on the graphics chip, resulting in faster performance. Again though, if you’re not working with highly sophisticated 3D objects at extreme resolutions, you won’t max out your GPU’s vRAM and therefore won’t see the performance benefits.

So while vRAM is an important GPU spec, it’s one of many. Make sure when you choose a new video card that you’re taking all relevant specs into consideration in relation to your specific needs.