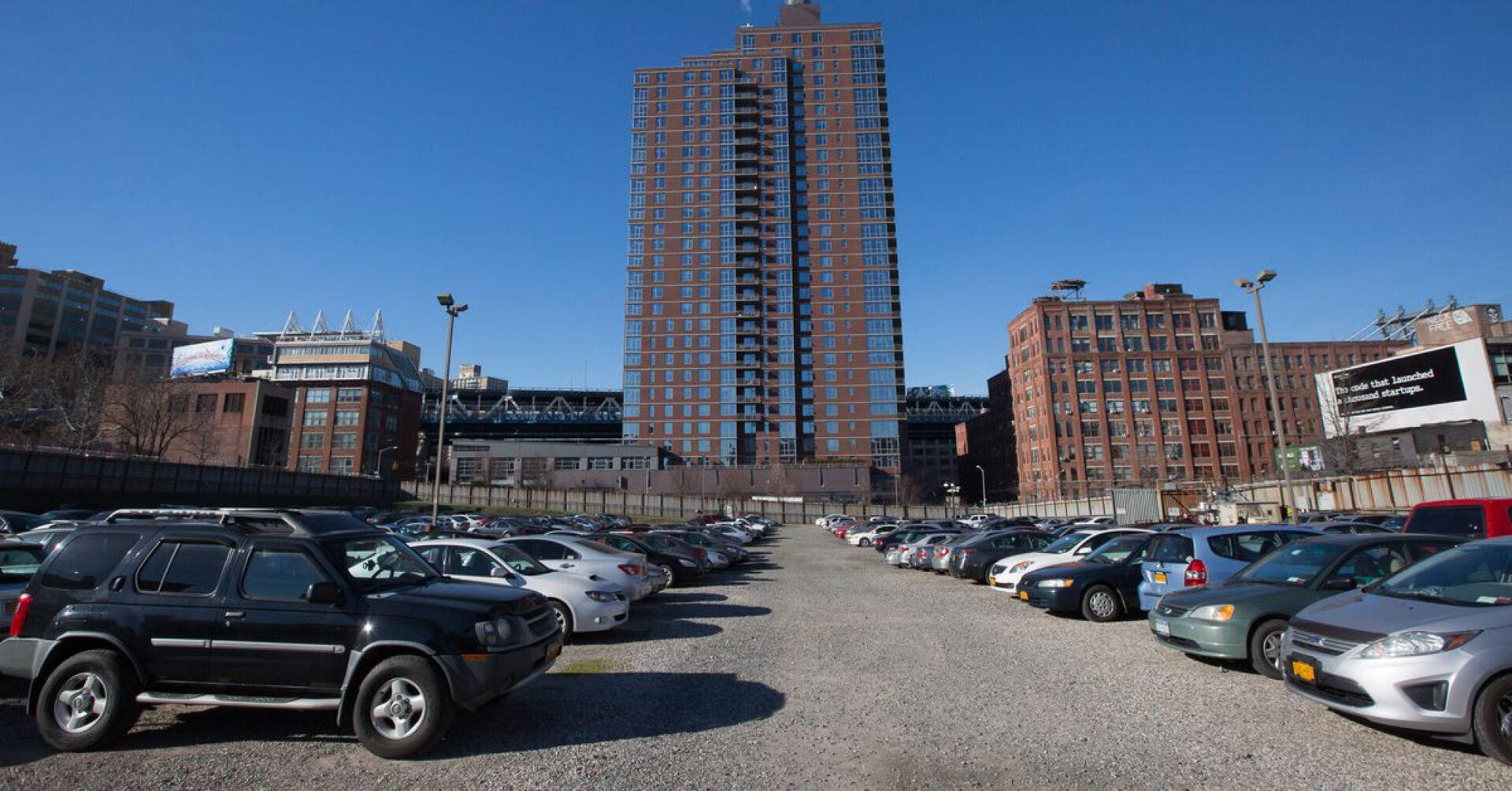 These modules are quite awesome.

A six-word phrase keeps popping Up on my Twitter feed: “Land value tax would solve this.”

In response to the inefficient use of land as parking lots. As a policy to help fund a universal basic income. And even (jokingly) as a prescription for the rise of virginity in young men.

The big question land value taxes help answer is: How can a government raise funds without distorting choices and possibly leaving people worse off? If you tax income, it provides a disincentive to work. If you tax property, it provides a disincentive to improve the physical buildings on top of the land. Sometimes the tax is intentionally disincentivizing an activity — think carbon taxes to reduce greenhouse gas emissions or so-called “sin taxes” on tobacco. But there are also taxes governments want to levy to pay for valuable services without changing behaviors too much (or at all).

One of the most straightforward solutions a land tax offers is to America’s housing crisis. That crisis is caused, in part, by the failure to appropriately use valuable in-demand land for its best purpose. Millions of people want to live in New York City, Los Angeles, Washington, DC, or Seattle, but local tax regimes actually punish people for investing in their property. When people improve their property — either by adding a new room or building an entirely new structure like a multi-story apartment building, they’ll pay higher property taxes.

But this isn’t just a big-city problem. In small towns, vacant lots contribute to decline — and if there’s no valuable structure on a property, its delinquent landlords likely only pay a nominal property tax. This both lowers tax revenue and hurts neighborhood quality for everyone else.

Here’s where a land value tax can come into play.

Taxing land value means separating out what land is worth without any of the improvements sitting on it (like homes or industrial plants). Most Americans are familiar with property taxes that tax the value of their homes and the land they sit on as one. As New York University economist Arpit Gupta explains, part of what makes land taxes so attractive is that “there should be no economic inefficiency” if you are able to tax “true land rents.”

A land tax can’t disincentivize anything — land will continue to exist regardless of any taxation scheme.

“Land doesn’t move,” University of Illinois economist David Albouy explained. “It doesn’t disappear — so you can lower taxes on things that do go away.”

As Jeff Spross explained in 2015 for The Week:

The key thing to realize about a land value tax (or LVT for short) is that nothing you do can affect it. … This is why economists love it. By definition, an LVT only captures “rent” — in economics-speak, income you earn by happenstance or luck rather than by actually creating new wealth.

Your tax burden under an LVT goes Up only if the value of the land itself — the one thing you have no control over — also goes Up.

The LVT also has an appealing underlying moral framework: The luck to own a piece of land that happens to appreciate — say, you bought a house in San Francisco before the tech boom — should not come with it the ability to extract rents without providing value.

In other words, since people who own land aren’t actually responsible for it increasing or decreasing in value, it’s pretty absurd that they get to accrue all the benefits of owning a piece of land without having to do any work for it.

I want to again distinguish this idea from adding value to the land by building a business, farming the land, extracting natural resources, or a myriad other ways people use land. These things are obviously work, which is exactly why moving away from a property tax system — which taxes things people actually have control over — to a land tax system could be so efficient.

At this point, “land value tax could solve this” has become a meme in niche online communities, with its strongest adherents believing that one simple policy has the potential to solve some of the nation’s biggest problems — including our housing crisis.

Because of our persistent failure to build, prices have skyrocketed. People are moving out of their parents’ homes, starting families, moving to new jobs and competing over a scarce number of housing units. In a healthy market, this rising price signal would push developers to create more homes and prices would fall (or at least stop rising).

The American housing market is anything but healthy.

As a result of various rules and regulations mostly set at the local level, developers can’t simply build and provide more homes. Instead, laws that make it illegal to develop land more intensely — that is, build multiple homes on a single lot of land like a duplex or an apartment building or build smaller single-family homes — keep prices high.

Land and property owners are often the most vocal opponents of liberalizing land use laws. Homeowners trend older and have stronger preferences for stability as well as negative attitudes towards renters and apartment buildings. Local governments, which have been granted near unchecked authority by state governments, are entirely captured by homeowners.

Boston University researchers Katherine Einstein, David M. Glick, and Maxwell Palmer looked at planning board and zoning meetings in nearly 100 Massachusetts cities and towns and found that meeting participants were disproportionately homeowners. Participants were consistently likelier to oppose new housing in their communities.

If you add a room for your father-in-law who is moving in with you to help raise your kids or add a home office during a global pandemic, you could receive a penalty in the form of higher taxes since you have made your property more valuable. And if someone turns their garage into an apartment, providing an affordable housing option for their community, they pay higher property taxes than similarly situated neighbors who don’t add housing options to their land.

So how could a land value tax help fix this?
Under a land value tax system, proponents say property owners would be clamoring to be allowed to develop their land more intensely — leading to more homes being built.

Here’s the theory: Taxing land reduces the profit that comes from just owning a piece of property. Instead, you are incentivized to put that land to work. Let’s take a plot of land near Times Square. That land is so valuable, basically anything you do with it will turn a massive profit so no need to develop it for its most valuable use.

However, if a land tax were to be levied, the owner of that land would need to make sure that the property on that land was actually profitable since the government is taxing away some or all of the land rents that could be charged.

In a 2015 Slate article, Henry Grabar illustrated this point well, pointing to the case of a parking lot charging drivers $40 per day for parking and accruing under $10,000 in property taxes. That parking lot, Grabar writes, sits next to a seven-story building that requires more than a quarter of a million in taxes annually.

“It turns NIMBYs into YIMBYs,” explained economist Noah Smith, who has written about land taxes. “You leverage the same toxic local politics that are now creating NIMBY-ism, you leverage for YIMBY-ism because now you have people wanting to build stuff.”

In Allentown, Pennsylvania, the system worked! According to a 2019 Strong Towns article, after the city adopted an LVT (through a split-rate system that still kept some property taxes in place) in 1996, “construction returned to the city: the number of taxable building permits surged past neighboring Bethlehem, market investment returned and capital improvement reappeared in city budgets. … The losers in this trade were absentee owners of vacant lots, who had to shoulder much more of the burden.”

Sen. Pat Toomey (R-PA) is quoted touting the benefits of the tax: “The number of building permits in Allentown has increased by 32 percent from before we had a land tax.”

So if this change to our taxation system is so simple, why don’t more cities implement it? Well, property tax reform is the third rail of American politics. In California for instance, as Conor Dougherty explained for the New York Times, “In 1978, a Los Angeles businessman named Howard Jarvis led an insurgent campaign to pass Proposition 13, a ballot measure that limited California property taxes and inspired a nationwide tax revolt. The law has been considered sacrosanct ever since.”

But beyond the political issues, there are also technical concerns: Firstly, valuing land separately from the improvements to it is not so simple, though proponents argue it can be done. Secondly, implementing a land tax right now, while fair in the medium and long term, could feel drastically unfair in the short term to property owners who paid a premium for their lots because of the value of the land only to see it depreciate in value as a new tax gets implemented.

So why is this meme becoming so popular (at least among some online communities)? Lars Doucet, a prominent land value tax proponent, explains that a big part of the reason is that for a long time the automobile made sprawling suburban development possible. That meant people could still access valuable labor markets even if they couldn’t afford to live near their jobs (as long as they were willing to suffer long commutes, that is).

“Now we’ve run out of suburbs,” Doucet argued. “We can’t push any further through expansion.”

Remote work is a new development, which could buy us some more time, since it could allow many people to live even further away from city centers, but as rents skyrocket, people are desperately searching for radical solutions to America’s housing crisis.