Strangest Unsolved Mysteries Of All Time Which Is Meant To Be Scientifically Impossible But Truth.

On the first night of February 1959, nine ski-hikers died mysteriously in the mountains of what is now Russia. The night of the incident, the group had set up camp on a slope, enjoyed dinner, and prepared for sleep—but something went catastrophically wrong because the group never returned.

1.The Incident at Dyatlov Pass 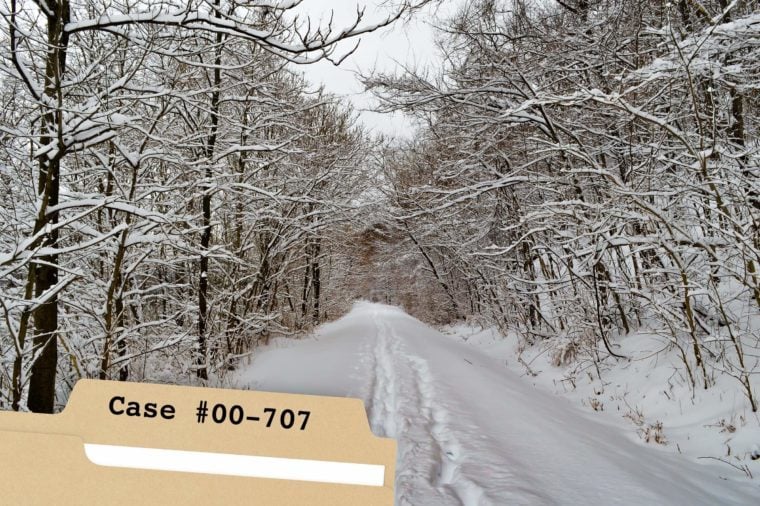 Subscribe to newsletter and get updates delivered to your Inbox!

On the first night of February 1959, nine ski-hikers died mysteriously in the mountains of what is now Russia. The night of the incident, the group had set up camp on a slope, enjoyed dinner, and prepared for sleep—but something went catastrophically wrong because the group never returned.

On February 26, searchers found the hikers’ abandoned tent, which had been ripped open fromthe inside. Surrounding the area were footprints left by the group, some wearing socks, some wearing a single shoe, some barefoot, all of which continued to the edge of a nearby wood. That’s where the first two bodies were found, shoeless and wearing only underwear. The scene bore marks of death by hypothermia, but as medical examiners inventoried the bodies, as well as the other seven that were discovered over the months that followed, hypothermia no longer made sense. In fact, the evidence made no sense at all. One body had evidence of a blunt force trauma consistent with a brutal assault; another had third-degree burns; one had been vomiting blood; one was missing a tongue, and some of their clothing was found to be radioactive.

Theories floated include KGB-interference, drug overdose, UFO, gravity anomalies, and the Russian version of the Yeti. Recently, a documentary filmmaker presented a theory involving a terrifying but real phenomenon called “infrasound,” in which the wind interacts with the topography to create a barely audible hum that can nevertheless induce powerful feelings of nausea, panic, dread, chills, nervousness, raised heartbeat rate, and breathing difficulties. The only consensus remains that whatever happened involved an overwhelming and possibly “inhuman force.” If you want even more unsolved mysteries, get a look at the strangest in every state.

2.The woman who recorded other people’s voices on her sleep session.

Here’s how she describes what happened:

“This night I was sleeping in my bed – my 3 year old was with me that night as he is scared of the dark. It was just the two of us in the whole house. The next night I decided to go through and delete my recordings and saw this particular record. In it, you can hear some clicks that start to get louder over the course of the recording. Eventually you can hear me say “What are you doing??” and immediately after there is a deep voice that says “Nothing”. The clicks become very loud at that point and at the very end of the recording you hear the same voice say “That’s them” (I think?). I am pretty creeped out by this. I don’t remember being awake that night. The only plausible explanation is that I answered my own sleeping talking but the voice doesn’t even sound like me or something I could emulate. It definitely doesn’t sound like a voice my preschooler could emulate, either. I have no idea what the clicks could be. I keep a fan going at night for white noise but the clicks sounds like they’re coming from right near my phone (which is placed right by me on my bedside table). I want to say that I’ve picked up the clicks a few times on recordings before but deleted them thinking it was nothing – this is the first time I’ve ever heard anything, though.”

Here is the audio of the recording. The woman has since moved to a new house, but one Redditer who followed up with the story said:

“I actually private messaged with the OP of the sleep app story. She was happy to say that things were going well in their new home, and her son was doing well. However, if you look at the more recently dated comments after the story was posted, OP says her son had started asking where “Ho” was and seeing “the black guy with no face.” OP and I exchanged some PMs about a year after their original post to discuss what could be going on, and apparently “Ho” followed them to their new home.”

Also known as “The Buzzer”, UVB-76 is a radio signal of unknown origin. No one knows what it’s purpose is or why it’s happening. They suspect it may be of Russian origin. Here’s what it sounds like:

4.The murder of Mark Kilroy

He was taken by his abductors to a ranch where he was murdered in a human sacrifice ritual. Kilroy was killed with a machete blow and then had his brain removed and boiled in a pot. His killers then inserted a wire through his backbone, chopped off his legs, and buried him at the ranch along with 14 other people who had been killed there before him.

A woman and her husband in Circleville, Ohio started getting creepy letters. One day, the husband received a letter and got riled up enough that he got his gun and left the house. He was later found dead in a car crash, his gun had been fired. The husband’s brother was eventually charged with the crime, but he began receiving the same letters once he was in prison.

Here’s a nice write-up on the whole store from The Line-up.

A serial rapist and killer who raped at least 50 women in northern California in the 70’s. He has never been identified.

A few things that make this killer a bit creepier than the rest:

1. The East Area Rapist sent letters and drawings to newspapers in the area taunting citizens. Here’s a map he drew of what is believed to be his “ideal” suburban neighborhood stalking grounds:

2. He would call and taunt his victims or intended victims. He called one woman he raped to wish her a merry Christmas, saying:

You can listen to some of the phone calls here, but please be warned, these are very disturbing!!

3. There was a town meeting to discuss the rapist/killer at large. During the meeting one man stood up to say that the East Area Rapist could never harm his family because he wouldn’t “let” something like that happen to his wife. His wife was later attacked leading people to believe the actual East Area Rapist attended the town meeting. A photo from that meeting exists.

How Video Games Has Changed Our Lives.

Which planet is similar to earth? NASA answered.

What is the most frightening thing that’s ever been discovered for new planets or other galaxies?

What Is The Refreshing Rate Of Human Eyes?

Why Are Processors always Quadrilateral?

Has posted more than 100 posts on their profile

Has posted more than 500 posts on their profile

Has posted more than 1000 posts on their profile