Malware targeting multiple operating systems has become no exception in the malware threat landscape. Vermilion Strike, which was documented just last September, is among the latest examples until now.

In December 2021, we discovered a new multi-platform backdoor that targets Windows, Mac, and Linux. The Linux and Mac versions are fully undetected in VirusTotal. We named this backdoor SysJoker.

SysJoker was first discovered during an active attack on a Linux-based web server of a leading educational institution. After further investigation, we found that SysJoker also has Mach-O and Windows PE versions. Based on Command and Control (C2) domain registration and samples found in VirusTotal, we estimate that the SysJoker attack was initiated during the second half of 2021.

SysJoker masquerades as a system update and generates its C2 by decoding a string retrieved from a text file hosted on Google Drive. During our analysis the C2 changed three times, indicating the attacker is active and monitoring for infected machines. Based on victimology and malware’s behavior, we assess that SysJoker is after specific targets.

SysJoker was uploaded to VirusTotal with the suffix .ts which is used for TypeScript files. A possible attack vector for this malware is via an infected npm package.

Below we provide a technical analysis of this malware together with IoCs and detection and response mitigations.

The malware is written in C++ and each sample is tailored for the specific operating system it targets. Both the macOS and Linux samples are fully undetected in VirusTotal.

Unlike Mac and Linux samples, the Windows version contains a first-stage dropper. The dropper (d71e1a6ee83221f1ac7ed870bc272f01) is a DLL that was uploaded to VirusTotal as style-loader.ts and has only 6 detections at the time of this writing.

The Dropper drops a zipped SysJoker (53f1bb23f670d331c9041748e7e8e396) from C2 https[://]github[.]url-mini[.]com/msg.zip, copies it to C:ProgramDataRecoverySystemrecoveryWindows.zip, unzips it and executes it. All of these actions are executed via PowerShell commands.

Once SysJoker (d90d0f4d6dad402b5d025987030cc87c) is executed it sleeps for a random duration between 90 to 120 seconds. Then, it will create the C:ProgramDataSystemData directory and copy itself under this directory, masquerading as igfxCUIService.exe (igfxCUIService stands for Intel Graphics Common User Interface Service). Next, it will gather information about the machine using Living off the Land  (LOtL) commands. SysJoker uses different temporary text files to log the results of the commands. These text files are deleted immediately, stored in a JSON object, and then encoded and written to a file named microsoft_Windows.dll. The figure below shows the JSON object built in memory by SysJoker.

It will gather the MAC address, user name, physical media serial number, and IP address (see IoCs section for the full commands list). SysJoker will create persistence by adding an entry to the registry run key HKEY_CURRENT_USERSoftwareMicrosoftWindowsCurrentVersionRun. Between each of the steps above, the malware sleeps for a random duration.

The following screenshot shows the processes tree and commands.

Next, SysJoker will begin its C2 communication.

SysJoker holds within the binary a hardcoded XOR key which is used for decoding and encoding strings from within the binary and data sent and received from the C2. The XOR key is an RSA public key that is not used in the decoding scheme. The same XOR key exists in all versions of SysJoker:

To get an available C2 and start communication, SysJoker first decodes a hardcoded Google Drive link.

The Google Drive link hosts a text file named domain.txt that holds an encoded C2. The text file’s content changes over time, depending on the current available C2. SysJoker will decode the C2 and send the collected user’s information to the C2’s /api/attach directory as an initial handshake. The C2 replies with a unique token which will be used as an identifier from now on when the malware communicates with the C2.

SysJoker runs a while(1) loop that sends a request to the C2’s /api/req directory with the unique token and will process the C2’s response which is built as JSON using functions from this library. This is how SysJoker pings the C2 for instructions (see step 2 in the image below):

If the server responds with data, SysJoker will parse the received payload (see step 3 in the image below). SysJoker can receive the following instruction from the C2: exe, cmd, remove_reg, and exit.

The following image shows the flow of SysJoker’s communication with the C2.

remove_reg and exit are not implemented in this current version. Based on the instruction names, we can assume that they are in charge of self-deletion of the malware. Let’s look into exe and cmd instructions:

exe – This command is in charge of dropping and running an executable. SysJoker will receive a URL to a zip file, a directory for the path the file should be dropped to, and a filename that the malware should use on the extracted executable. It will download this file, unzip it and execute it.

IDA code snippet of the parsing function, if exe part.

After execution, the malware will reply to the C2’s /api/req/res API with either “success” if the process went successful or “exception” if not (step 4 in the image above).

During our analysis, the C2 hasn’t responded with a next stage instruction.

To detect if a machine in your organization has been compromised, we recommend taking the following steps:

1. Use memory scanners to detect SysJoker payload in memory

If you have been compromised, take the following steps:

There are indications that SysJoker attack is performed by an advanced threat actor:

Based on the malware’s capabilities we assess that the goal of the attack is espionage together with lateral movement which might also lead to a Ransomware attack as one of the next stages.

You can find more information about SysJoker in Intezer Analyze, which now has the Linux and Windows versions indexed.

Avigayil is a security researcher and malware analyst at Intezer having previously worked as a cyber analyst at CheckPoint.

Ryan is a security researcher analyzing malware and scripts. Formerly, he was a researcher on Anomali’s Threat Research Team.

Nicole is a malware analyst and reverse engineer. Prior to Intezer she was an embedded researcher in the Israel Defense Forces (IDF) Intelligence Corps. 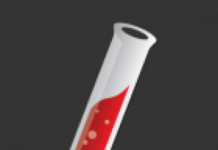 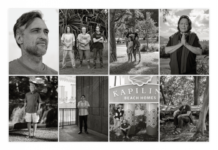 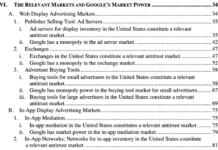 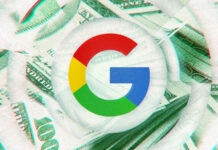 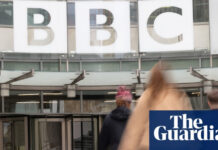