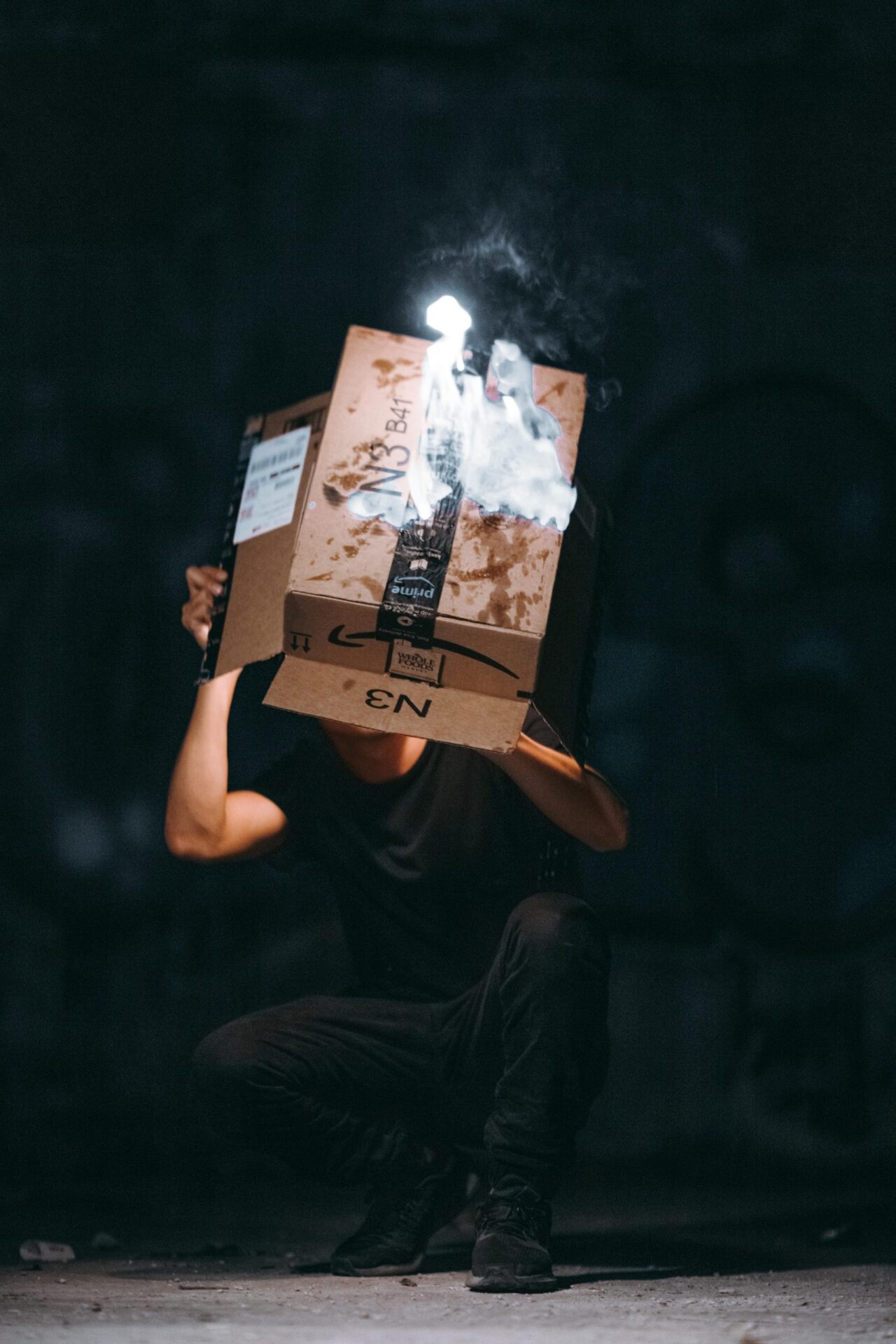 In the mid nineties, Jeff Bezos started Amazon as an online bookstore.
His success at the time was due to his offering books at just 5% over cost, or generally 30% off list price; the price you paid at Borders and Barnes and Noble.
Also, due to the success and rapid expansion of book super stores, like Borders and Barnes and Noble, it became popular for authors to self-publish books. People were hungry for information; fueled by TV seminar gurus. Everyone wanted to get rich, like Tony Robbins.
Being able to buy books cheaply on Amazon, people could now afford to buy more books. They could go to Borders on Friday night, listen to a guitar player, have coffee and browse the books they wanted, but then buy them cheaper on Amazon. Of course, as Amazon grew in leaps and bounds, book stores gradually started closing down and Amazon grew quicker. They started adding video and audio books, created the Kindle, so people could buy electronic books to avoid filling the landfills.
Finally Amazon competed head on with eBay and started offering all types of products. Amazon became successful with that, due to the fact that they warehouse everything to guarantee quick shipping. With eBay, you are left at the mercy of the vendor and it always took longer to get your purchased delivered.
The brilliance of Amazon is offering of financing, through their store card and distribution of gift cards everywhere.
Amazon also added their Amazon Prime, which offered free shipping. This is when Amazon exploded in size.
As people got comfortable with Amazon, plus options for free shipping, the writing was on the wall that people could browse products at 2 AM and have them delivered the next day to their door, saving them a trip to the store.
If you order t 10 AM, Amazon delivers same day in many cities. You do not have to leave work to go to the mall anymore and fight the crowds (now gone from malls). Amazon has dominated retail. Walmart is trying to compete online, but Amazon has the lion’s share of the market. It is doubtful they will be unseated, any time soon.
Amazon re-invests into its business, showing very little profits. Investors make more money as the company grows, so they ignore the high 300 or so PE ratio.
The high value of Amazon stock, which, by normal valuation standards, is 10 times higher, has made Jeff Bezos, the richest man on the planet. The rapid growth of Amazon and re-investment into the business has helped fuel that growth and valuation.
I am using some of the same techniques to build wetcrow.com; but for services. Amazon has a version of that, called Amazon Home Services. Ultimately, I expect Amazon to acquire companies, like Wetcrow.com, to insure Amazon’s dominance in that market, as well.
No other company has dominated products and services yet. The closest to do that is Sears, but you know what is happening to Sears. I offered to help Sears build a platform to dominate in services, but they turned down my offer, so I started Wetcrow.

Jeff Bezos is uniquely talented. As they say, Amazon is truly a peculiar company – both differentiated and visionary. And this was especially the case during their first 15 years of existence, when they were harshly critiqued for their high growth, low profit market strategy. In the early 2000s, I had a Professor of Entrepreneurship use Amazon as a classic case study of how not to run a business. He had such disdain for Amazon that he started each class reminding us to not be like Amazon. Clearly Bezos is in a different league, one that set his own course based on a unique vision – he’s one of the few “celebrity ceos” that I follow.

That said, I’ll tell another story. I had another extremely smart friend graduate from an MBA at University of Chicago. I asked him why he would choose to work for a bank and not pursue a start-up in today’s world. His response: “those type of people come from a different world.”

It’s a worthwhile thing to think about because it’s rarely discussed. The vast majority of successful start-ups come from enough wealth where they can afford to take the risk. They can find enough seed money from their family to keep their business running for 1 or 2 years. They have minimal risk of “ruining their lives” if the company goes bankrupt in 3 years. And most importantly, they have deep family connections who get them the differentiated attention in a sea of wannabes.

Amazon is not an exception. Neither is Microsoft. But both of these companies were started by truly exceptional leaders who combined their favorable position with their skill and vision.

So hats off to Bezos. He’s a true genius and he built a corporation that will be studied in textbooks 100 years from now . But that doesn’t mean that your average person, even your genius, can ever become him without a bit of luck of the capital variety.