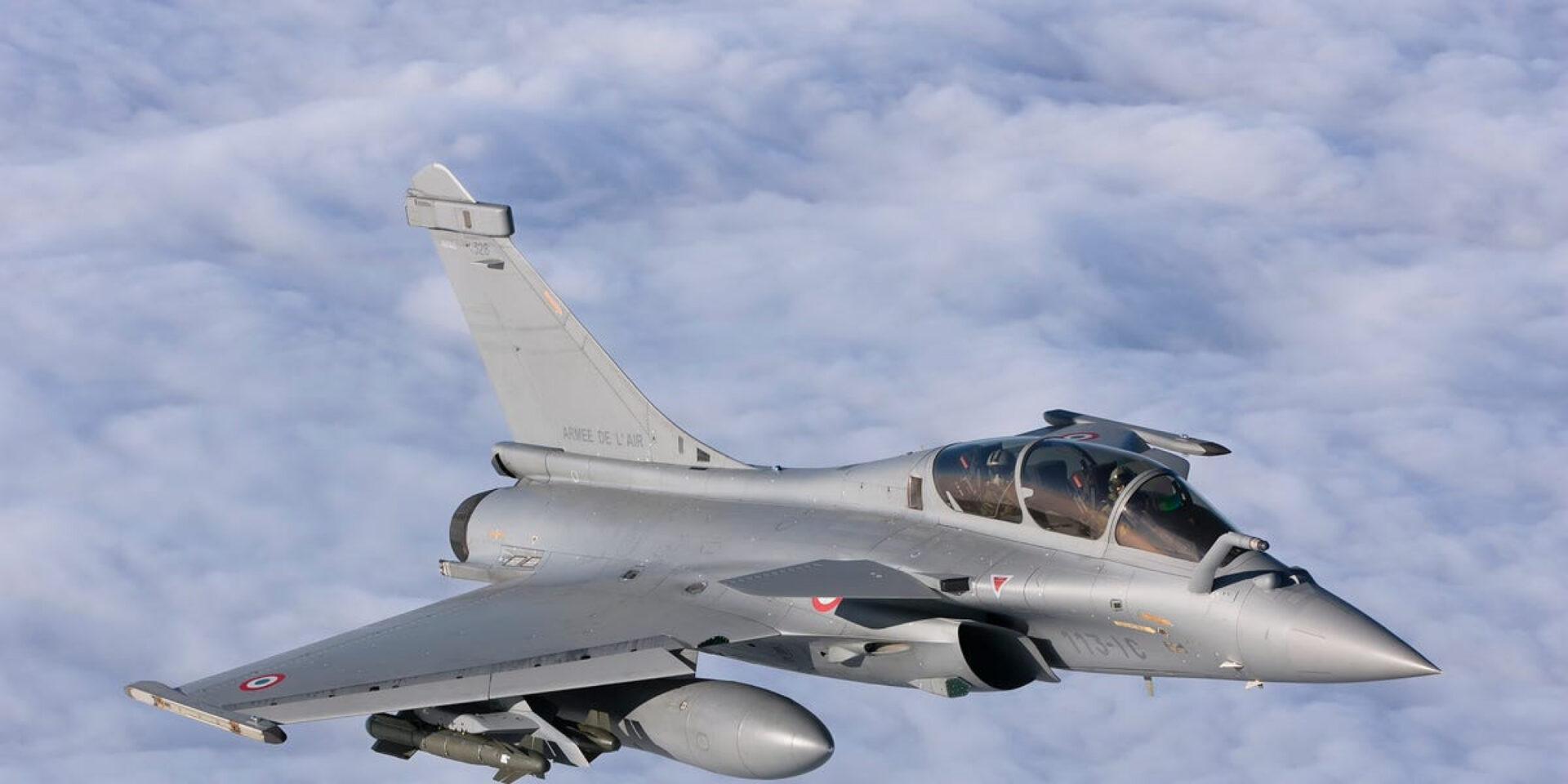 My friend says this is helpful.

A French defense-industry employee about to retire was gifted something he was extremely reluctant to accept: a ride in a Dassault fighter jet.The 64-year-old was not correctly instructed, to say the least, in passenger etiquette, and to make a long story short, he self-ejected midflight. He’s okay, according to the government’s incident report, but the chance of this gentleman ever repeating the stunt is definitely zero.Imagine: You work hard your whole life in the French defense industry, and when it’s time to retire, your co-workers want to give you something more memorable than a gold watch or a set of golf clubs. So they set Up a coveted back-seat ride in a Dassault Rafale B fighter jet, the kind of perk that requires serious connections.

Just one problem: nobody asked one particular 64-year-old civilian whether he ever wanted such a ride, or showed him much about what to expect. Next thing you know, the French Investigation Bureau for State Aviation Safety (BEA-E) is issuing a report explaining how Monsieur Newbie came to experience not only the Dassault, but also its Martin-Baker MK16 ejection seat.

Well, mistakes were made. Lots of them. Since this treat was to be a surprise, the recipient didn’t get much of a briefing on what to expect. His g-suit pants weren’t on correctly, his seat harness wasn’t tight, and his helmet—and oxygen mask—were unbuckled as the plane taxied to the runway at Saint-Dizier 113 air base. He was so nervous that his heartbeat was around 140 beats per minute just from climbing into the plane. Our reluctant Goose did get medical clearance from a doctor, but only four hours before the flight, and with an important stipulation: no negative g’s. The way the rest of this was unfolding, do you want to guess whether there were negative g’s? Mais oui.

The fighter pilot, being a fighter pilot, probably thought he was taking it easy as he pulled into a 47-degree climb and generated a 3.7-g load. (Which, incidentally, was also beyond the doctor-ordered limit of 3 g’s.) On the climb, both pilot and passenger were crushed down into the seat. But when the plane started to level off, things got real panicky in the rear seat, as a negative 0.67-g load caused the ill-buckled passenger to feel like he was about to fly out of the cockpit. Which, shortly thereafter, he did.

Apparently the quick and dirty safety briefing failed to properly emphasize the fact that the black-and-yellow striped loop in the middle of the seat, between his legs, was not a grab handle but the trigger for the ejection seat. The good doctor’s g-load recommendations were surely exceeded as pyrotechnics blasted a hole in the canopy and rocket motors fired the seat and its terrified denizen out into the slipstream high above the French countryside.

Around about the time our hero took to the skies in his very own chairplane, the unbuckled helmet parted ways with the miserable noggin it was pledged to protect.

In a growing cascade of colossal fails, the next one was actually fortuitous: the pilot’s own ejection seat malfunctioned. When either the fore or aft seat in a Rafale is triggered, the second one is supposed to follow automatically, on the theory that if one crew member makes an unscheduled departure, there’s probably a good reason for the other to promptly join the exodus. And indeed, after the world’s unhappiest retiree bid adieu, pyrotechnics blew a hole in the pilot’s canopy. But the first ejection damaged the front seat, such that it didn’t eject, and the pilot was actually able to land his now al fresco fighter jet. At which point the pilot beat feet away from the aircraft, for fear that the dud seat would, like so many flights, take off late. In fact, nobody was allowed near the plane for 24 hours after it landed, just in case the pilot’s seat decided to go all Colonel Stapp and fire the rockets.

As for our unfortunate co-pilot, he made it to the ground with minor injuries and likely a keen desire to never hang out with his old co-workers ever again. Because, as the report notes, he didn’t want to ride in a fighter jet in the first place. According to the BEA-E, the passenger “never expressed a desire to carry out this type of flight, and in particular on Rafale,” but his cohorts offered him no chance to bail. Ultimately, he did anyway.

This content is created and maintained by a third party, and imported onto this page to help users provide their email addresses. You may be able to find more information about this and similar content at piano.io